ABOUT THE KINGDOM OF BAHRAIN

The Kingdom of Bahrain was the home of the ancient Dilmun civilization, internationally famed for its pearl fisheries which in the 19th century were considered the best in the world. It sits near the north-eastern coast of Saudi Arabia in the Arabian Gulf and occupies 33 islands. Its largest landmass, Bahrain Island is connected to Saudi Arabia by the King Fahd Causeway. The Kingdom has been at the heart of major trade routes since the dawn of antiquity and its modern capital, Manama, still bustles with commerce, from its Bab al-Bahrain bazaar to the striking headquarters of global banks and Bahrain Bay now stands as the jewel of the capital. By the mid-19th century, the Kingdom of Bahrain sat at the center of numerous international trade routes and the Souk of Manama hummed to the rich murmur of many different tongues. Over the decades, the shared strands of investment, trade, and tourism of Bahrain and India, have woven the two nations closer together and this shared history has now given rise to a convergence of dreams with over 100 nationalities partaking in this magnificent project. Ajmera Mayfair, one of India’s prominent property developers have chosen the startling Bahrain Bay project as the home for its first international venture: Golden Gate.

It became evident that a strategic joint venture should be sought and one with deep local knowledge and an admirable record of accomplishment. After extensive research, Ajmera Mayfair was counseled to partner with Kooheji Golden Gate (KGG) - owned by Al Kooheji family who are deeply rooted in the Kingdom and widely respected.

KGG’s extensive business knowledge and real estate expertise has gained the trust of a loyal client base, thus, achieving impressive sales records in record time frames for all their launched projects.
Together, they have brought Golden Gate to life, originally settling on the name thanks to a shared admiration for the iconic San Francisco bridge that brought it to world attention. But the resonance goes further than that, as it became obvious that the name not only echoed the people’s renowned love for gold, but it reflected the desire of both partners to create a bridge between people and a gateway to the many delights of Bahrain.
It seems like a fitting end to each day at Bahrain Bay when the setting sun shines the skyline with gold and the sea embraces the shimmer reflected from the surrounding buildings; a fortunate day for buyers each morning as it rises again on this golden opportunity.

Efficient design and refined beauty have combined in one landmark. Golden Gate represents a highly desirable freehold opportunity for well-appointed buyers with cultivated tastes and a desire to experience the very best in modern living.

Just 15 minutes drive from Bahrain international airport, Bahrain Bay is a testament to our country’s ambition and innovation, rising from 1.45 million square meters of land reclaimed from the Arabian Sea. Costing $2.5 Billion, this landmark development will feature residential, commercial, retail, tourism, and public amenities, all cooled from an innovative and environmentally sound central facility. It is an inspiring destination set to bring international attention to the Kingdom as a true coastal metropolis for the 21st Century, a legacy piece and a showcase for Bahrain’s ingenuity and vision. This ambitious undertaking has been nine years in the making and now promises an exhilarating blend of state of the art living, modern hospitality, and world-class business centers. It aims to stand as a beacon of excellence, shining brightly on the northern shores of Manama; a national symbol of ambition and innovation by day and a breath- taking vista of light and life by night and a tourism destination for international partnerships.

Residents of Golden Gate will enjoy having a number of iconic landmarks across Bahrain Bay, from the famous Arcapita Mosque to beautifully designed structures such as the Four Seasons Hotel and United Tower.
Golden Gate will stand adjacent to the south canal in a highly prominent and central location, standing tall across the bay from the iconic Four Seasons Hotel; an appropriately ‘H’ shaped building which graces its own private island, reachable by water taxis or road causeway from Golden Gate. The Arcapita building stands as a 6-storey vision in glass and stone, hosting the Banks’ world headquarters along with various semi-governmental and private institutions. United Tower offers a new twist on modern design, quite literally as it spirals to 50 storeys above the bay, offering residential units, office space and a hotel within. The Avenues sea-front perimeter development will offer 1.5 km of public parkland, cinemas, theatres, cafes, restaurants, and shopping experiences that will surely attract visitors from all over the Kingdom and beyond. 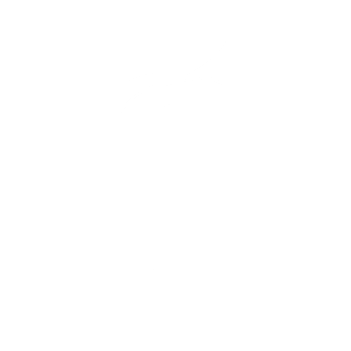 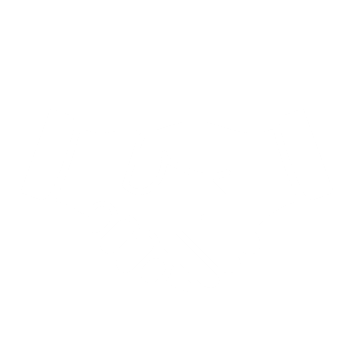 Located in the heart of Bahrain Bay, your neighborhood will feature 5 star resorts, cafes, restaurants, modern promenade, and more. Endless amenities, dining, and entertainment options combined with the regular mega events hosted in the area will cater to all your needs within a walking distance, in addition to the countless iconic landmarks available to explore nearby.

Residents at Golden Gate are truly set to experience a spectacular lifestyle shared with a diverse community of over 100 nationalities partaking in this magnificent project.

The two towers of Golden Gate soar to 44 and 53 storeys, placing them amongst the highest residential towers in Bahrain. Golden Gate is set to hold 746 luxury apartments, and over 41 luxurious facilities which includes indoor and outdoor pool, gym facility, barbecue area, private theatre, sauna, play area, basketball court and more.

In addition to having 24/7 access to our full-service concierge which will take care of all your needs, from handling your groceries to booking hotel and airline tickets, all of which will be handled in a very quick and efficient manner, making your stay at Golden Gate a truly luxurious living experience.

Golden Gate provides you with promising investment opportunities, with competitive prices for luxurious apartments in the most opulent location. Residential developments in Bahrain are tax-free and provide investors with opportunity to earn higher return on investments.

Golden Gate’s partners bring a wealth of experience and knowledge to the forefront as they play a big role in bringing the project to fruition.

- Kooheji Golden Gate, a significant real estate company with diverse interests in a range of real estate services and is a member of a highly reputable Bahrain based group of companies.

- Mayfair Housing, a reputable organization with decades of experience that enables this project to be developed with the highest standards.

- Ajmera Group, Synonymous with property development in Mumbai, they have built homes for 45,000 happy families and are a valuable asset in the development of Golden Gate.

Licensed by RERA – a Real Estate Regulatory Authority that overlooks all development projects and sets safety and quality standards to add security and transparency in your investments.